It is said that every decade or so our world creates a new global order – as generations shift, leaders transform, visions change, and creativity and innovation force us all to live our lives better, longer, differently and certainly with more challenges. Today, more than ever, we need to address security challenges, abject poverty and the lack of development -- protecting in the course of these efforts, basic civil and human rights.

So today I want you to think like a leader in the 21st Century – think about both the challenges around the world, and development issues – both in my view are strategic issues -- needing more innovative thought, better strategic communications, and more partnerships as we move forward in the 21st Century.

This is a tall order, therefore since I am primarily before a Nigerian audience today, let's narrows this down to the practical – looking at both Africa and Nigeria. Africa's security and development landscape is much, much different than it was 10 years ago, 5 years ago, or even last year, and so is Nigeria's. I consider both these key components -- security and economic development -- fluid, needing our evermore robust, innovative efforts, action, and creative thinking.


Imperatives to addressing Security & Economic Development
So what are the imperatives? How and what does one focus on to have strong economic development in these challenging, fluid and sometimes very difficult times? African countries from Nigeria-to-Kenya-Tunisa-Libya-to-Mozambique, or better said from -- Maiduguri-to-Mombasa-Midoun (Tunisia)-Misrata (Libya)-to-Maputo --  and in between, are all grappling with these core pillars of today's policy challenges. The foundation we all recognize is good governance and addressing the needs and concerns of the people in a society, in a community. When neither of those is met, they set in motion, in many respects (not all), the security challenges we see today.


Factors Affecting Security
Let's take factors affecting security first and what might be driving the challenges we see today and then apply these to Nigeria and the Continent.


In my view, many of today's security challenges are all wrap-up in global demographics:
What do I mean by demographics – as my definition of demographics is an expansive on. I mean, everything that impacts outcomes and geo-political relationships – from economic disparity to population sizes and breakdowns by age and gender; world resource locations (where is the oil, timber, jobs, lack of jobs, etc., where are land and water resources; what role religious differences or groups might impact community or world views, or affect perceptions. In essence, what are the human, community, or country cultural differences of which you need to be aware which might be impacting security today.

Let's look at some examples of broad demographic categories and then drill down from there.

-- Only nation having 100+ mobile phone (important tools for business and education innovation);
-- One of the Premier African foreign investment destinations;
-- New economic development sectors such as information systems and technology, continued growth of SMEs, and trading have all helped spur Nigeria to where it is today.
What to Do? What Can You Do?
Development, or lack of development, better said, are probably your biggest challenges, as noted above, feeding your security challenges. But, I would also argue that there are other things at play – intangibles that are hard to address such as a "clash of civilizations," on how groups like Boko Haram see the world. Our counter will be to make the current global context better with a focus on:
-- Poverty Solutions - combating poverty and its elements (hunger, climate smart food security, education), particularly for at-risk groups such as women, girls, youth, the disabled, and elderly;
-- Use Information Technology to develop “work around solutions” to advance social change entrepreneurial and vocational opportunities as well as financial literacy;
-- Assist with smart climate/energy (renewables) to bring electricity/power to the nearly 120 million Nigerians without it today;
-- Help with the housing deficit. At present Nigeria has a 17+million affordable housing deficit xiv (if you are poor you are also likely not to have good shelters or shelter at all);
--See infrastructure as a development issues as without adequate roads, rails, and water transport systems housing, business, and farming will all struggle;
-- Work with the new Nigerian government to help improve transparency, anti-corruption efforts, and the capacity of government institutions to respond and support the needs of the people;
-- Be creative on education (include vocational and entrepreneurial, and help train and expand the number of SMEs and MMEs (companies with less than 5 people).
-- Assist, if this is within your expertise, with improving your country's health care system;
-- Participate in philanthropic efforts with the nearly 2 million internally displaced (IDP's) Nigerians affected by the Northeast conflict, and those 20 million Nigerian refugees in the 3-neighboring countries;
-- Keep in mind that Africans and Asian make up the majority of the 63 percent of world migrants today;
The majority of the above points are not just Nigeria's challenges but also for the Continent. Indeed, everything that impacts people’s lives and their social, political, and economic well-being, are for me, strategic-demographics-development issues for Africa’s and its burgeoning population.
These issues are even more important today as they are affecting those in their prime education, prime wage earning years (18-40yrs), and Africa’s youth bulge (10-35yrs) -- or nearly 600 million young people on the Continent.
Turning from Nigeria to the Continent, here are some additional back story strategic demographics to further provide perspective on just how critical these development issues are on from a Continental perspective, here are the other relevant figures in the back-story, to highlight what I was just talking about for Nigeria. For the Continent:
Challenges:
-- 75 million – current number of young Africans looking for work now, out of the 1.2 billion working age population world-wide looking for work;
-- 10 million – number of young Africans of working age added yearly to the 75 million already seeking jobs/employment according to the African Union (Political Body of African States);
-- 547 million – number of Africans living without electricity and energy;
-- 227 million - number of hungry people every day who live on the African Continent;
-- 3 per cent – number of African adults with credit cards; only a quarter of young African adults have accounts at formal financial institutions -- meaning the majority of Africans are still not connected in any way to the global formal financial system.

This being said, again all the news isn't bad for the Continent either, just like it is not all bad news for Nigeria.

Here are "The Positives:"
-- 7 out of the 10 fastest growing economics in the world are in Africa;


-- 31 of the top 1000 Banks in the World on the “This Is Africa,” list are African Banks;
-- 39 African countries are democracies or evolving democracies, using AGOA guidelines, out of the 48 countries in the Sub-Saharan Region;


I have pointed out both the challenges and the positives because, as the global landscape continues to change rapidly, we need to ensure that the next generation of young Africans, young Nigerians sees, feels, and believes there are opportunities for themselves and their families.

My Message for Today -- Lean Forward!
Remember to Lean Forward! As a Diaspora Group and take a look at the possibilities of what you can do as an organization, as an individual. There are a number of economic development areas I noted above where you can help turn the tide.


1.) Think about building more relations based on partnerships (country-to-country, community-to-community, people-to-people); and;
2.) Think about philanthropic contributions. Although improving, Africans fall behind in this area more than many other world regions.

3.) Think about the strategic long term to changes these development demographics, improve them -- or in the case of population – help to build societies, communities where young people, young Africans feel: embraced, enfranchised, and most importantly empowered. 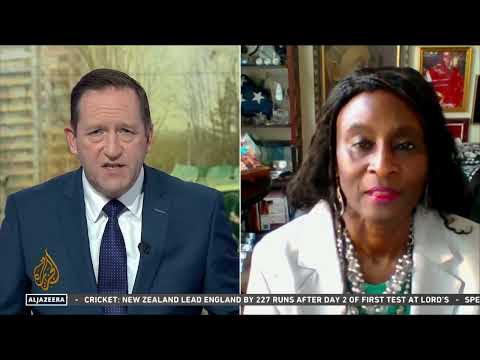