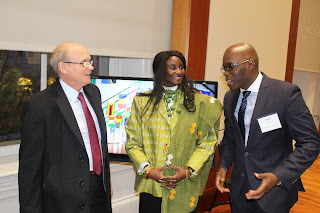 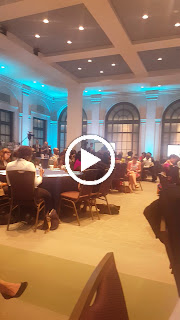 The US Chamber continued its support for the Young Africa Leaders Initiative (YALI) summer session by holding its annual half day roundtable on having the US private sector engage with YALI participants on mutual issues of concern such as: youth job skills, closing the skills gap; business climate in emerging markets; entrepreneurship ecosystems; and, working with and better supporting Africa small businesses (better known in the Africa Region as Small & Medium Size Enterprises, SMEs). Ambassador Sanders served as the facilitator for the latter theme -- "working with and better supporting Africa small businesses," particularly as policy makers and in fields like health, LGTB issues, and agriculture. (see pics &video). 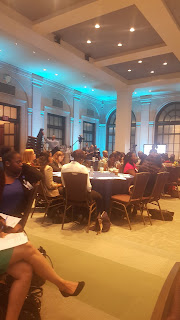 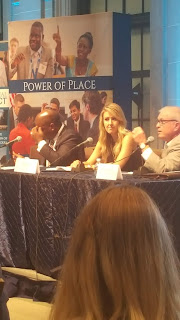 Background on YALI: The program for young African leaders in a range of sectors, is an annual U.S. Government program which began under the Obama Administration and has been renewed under the Administration of President Trump.
The program's goal is to supporting training and skills development of young Africans 25-45 years of age and to help build a pan-Africa network of young leaders. 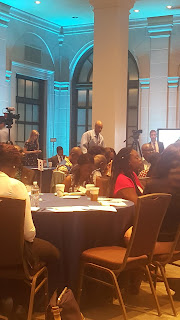 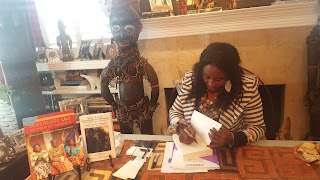 Two organizations held events in the city of Houston with Ambassador Sanders to discuss US-Africa business, Africa trade with China, increasing Diaspora ties across the Atlantic, particularly strengthening the Diaspora small business relationship, and the need for the Diaspora community to pay more attention to  endangered cultural signs and symbols, like Uli -- all subjects are themes in Sanders' recent books.
During the discussions, Sanders highlighted the importance of the Diaspora small and medium size enterprises (SMEs) looking at particular sectors such as small manufacturing; being a service provider in key development areas (e.g. health, education, food security, or transport solutions); and, creating climate-smart solutions as areas to establish business relationships.

At both events -- Ogun Restaurant & Gite Gallery (see pics) -- book signings also were held for Sanders' two books The Legendary Uli Women of Nigeria," and "The Rise of Africa's Small and Medium Size Enterprises: Spurring Development & Growing the Middle Class." On Africa and China, Sanders shared that China is not only the Continent's largest trading partner but that it currently has a fuller, focused and more strategic relationship with the region than the US, especially given the economically-focused BRICS grouping (Brazil, Russia, India, China & South Africa. BRICS summits and meetings also include other African and South-South countries). Key with signature results has been the creation of the BRICS' New Development Bank (better known as NDB); China's targeted Belt and Road Initiative, which began in 2013, and Chinese President Xi's annual trips to the region, with 2018 marking his 4th trip. On the endangered Uli sign and symbol system in Nigeria, Sanders noted the cultural expression is one of some 4,000 languages and cultural practices in the world which are endangered of disappearing. (This is a FEEEDS BlogSpot). 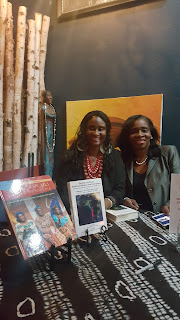 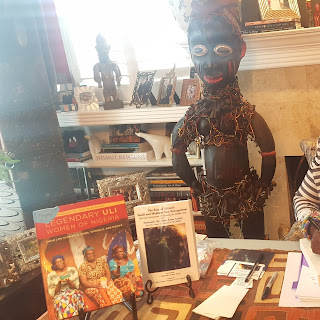 Former Nigerian President Olusegun Obasanjo held a joint book signing event with Dr. Sanders at his Presidential Library in Abeokuta, Nigeria. The event was combined with Sanders holding discussions on the importance of small and medium size enterprises (SMEs) for African women. The attendees at both the book signing and 2-day discussion and conference were potential women entrepreneurs, women already leading their small businesses, startups, and those with just ideas or seeking support from other women. In addition, the former President and Ambassador exchanged, respectively signed copies of their books with each other -- "My Watch - Now & Then," by Obasanjo &
"The Rise of Africa's Small & Medium Size Enterprises" 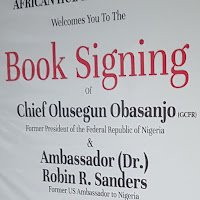 by Sanders (see pic below). President Obasanjo's incredible three volume book is about his impact on democracy in Nigeria and his life serving twice as the nation's head of state. Sanders' book is about the impact of Africa's SMEs on the Continent's development, with chapters focused on the role of women SMEs, education, and some vignettes about how her diplomatic career drove her interest and support for first income-generating projects, and in the early, SMEs,before both the term and role SMEs became as fashionable and important as it is today.
(A FEEEDS BlogSpot).