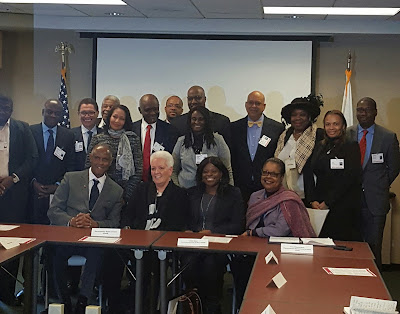 As part of both African American History Month and International Women's Month, Ambassador Sanders, CEO-FEEEDS Advocacy Initiative,  was invited to participated in a series of substantive briefings for Africa Diaspora-focused organizations, like FEEEDS, to hear updates about both White House specific initiative under President Obama's leadership such as my Brother's Keeper activities and work around the U.S., the President's upcoming US-Africa CEO Forum in September 2016, and work on US-Africa Trade. 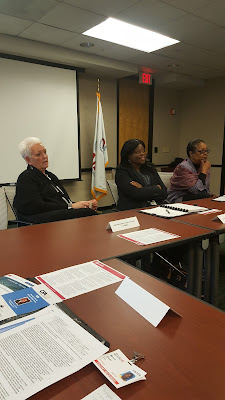 In addition there were briefings by USAID on Africa programs, and opportunities in which US-based Africa small and medium size businesses and non-government organizations can become partners and/or implementers. 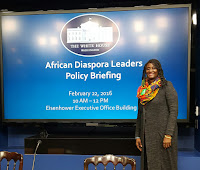 The USAID meeting was led by the Agency's new Administrator, Gayle Smith (with whom Dr. Sanders worked with during her White House days), her most senior deputies on the Africa Region, along with Directors for key offices from procurement to public engagement, and outreach. The Africa Diaspora organizations attending the USAID briefing were convened under the auspices of the Constituency for Africa, one of the leading U.S.-based organizations focused on Africa. Here are a few pics from the series of briefings.


A FEEEDS Series Blogspot
Posted by Dr. Robin R. Sanders at 8:13 AM