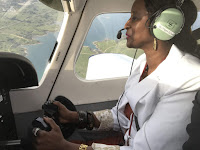 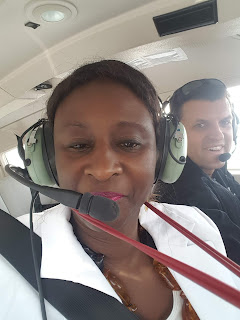 
Dr. Sanders was also given a tour of CBU's upgraded air fleet  of Piper 2-seater planes at its flight school, which included a  hands on flight with the school's flight director and Sanders taking the plane controls for a short period to loop over the famous, but rare " super blooming poppy fields," of California's Lake Elsinore and Walker Canyon of Western Riverside County. 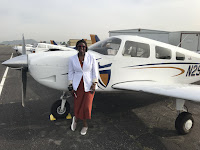 As part of her subject matter expertise on Africa, Sanders also discussed the China-Africa and US-Africa relationships, noting that these were separate relationships and not a tripartite or 3-dimensional relationship. "Africa will chose its partners, and we can work with the region to help in better scrutinizing contracts, sharing best practices, and pushing our competencies, our value-added expertise, and assist with capacity building" Sanders added.


While at CBU Ambassador Sanders, in addition to her lectures with students, gave a public speech entitled The U.S & 21st Century Africa," as part of a joint CBU-World Affairs Council event that also included a book signing of both Sanders books - 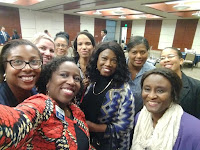 The Rise of Africa's Small Businesses and The Legendary Uli Women of Nigeria. See video at end of blog 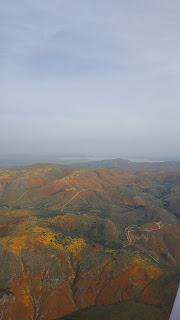 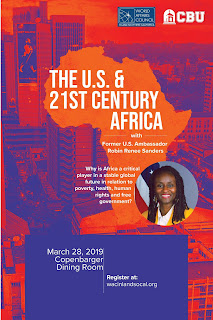