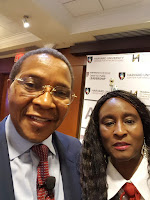 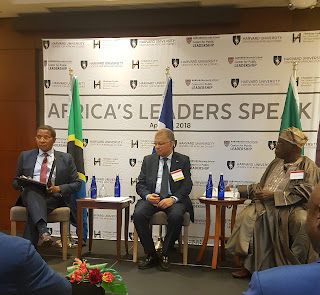 Dr. Sanders was invited to attend the Harvard Kennedy School first Africa Presidential Summit Series entitled Africa Leaders Speak, under the auspices of  the school's Africa Center. The focus of the 2018 Series was discussions with former leading Africa Presidents - Nigeria's Obasanjo and Tanzania's Kikwete - to talk about next steps on Africa's development, education, democracy, and leadership.
Other key speakers included the president of the Africa Export-Import Bank better known as AfriExim. Both Presidents Obasanjo and Kikwete highlight the importance of  leadership on the Continent in order to ensure lasting changes and improvement in development.

Each presented their experiences in focusing on training, particularly for African women and girls, as well as the need for continued democracy building through fair and transparent elections. The all day event included leading professors from the Kennedy and other Harvard School, presidents of non-governmental organizations, foundations, and current and former diplomats of the U.S. and other countries.  The event was the brainchild of leading philanthropists Hakeem and Myma Belo Osagie. Above right panel with formers Presidents Obasanjo and Kikwete, below AfriExim President Benedict Oramah making their presentations on the key themes of leadership, democracy, development, and education. (A FEEEDS Blogspot). 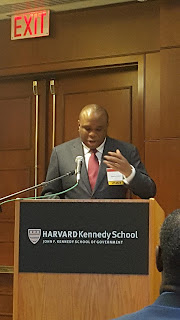