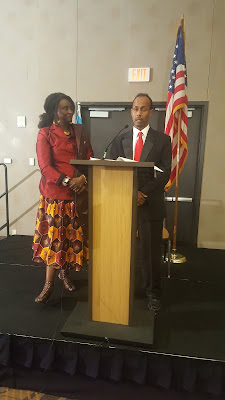 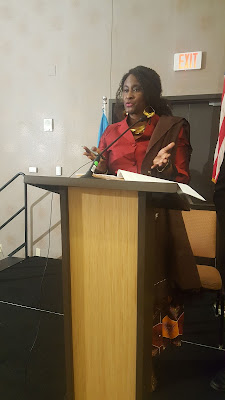 The US Somali/Somali-American Community in the Minneapolis/St. Paul area -- better known as the Twin Cities -- hosts the largest Somalia population in the U.S. at 87,000. 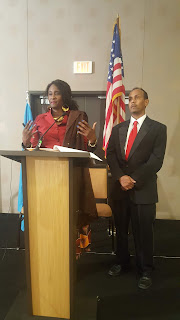 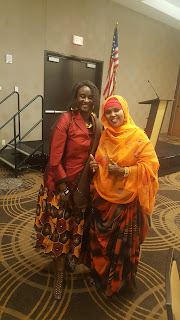 As the community prepares as stakeholders in Somalia's upcoming 2020 elections, which possibly will return the country to a "one person, one  vote system," after a hiatus of more than 25 years, Ambassador Sanders was invited by AfroResearch and 11 of the city's Somali elders to visit the community (sometimes called Little Mogadishu) and give a keynote speech on election processes.  Her remarks focused on the roles that NGOs and civil society can play to support and help Somalia have a transparent election, including what organizations, like AfroResearch, can do to assist their networks with voter education during the run-up period between now and 2020, and on election day such as establishing parallel vote tabulation mechanism with local groups. Below (r) picture is from one of the many so-called East Africa Malls in Little Mogadishu in the Minneapolis. About 76 percent of the stalls in the malls are managed or owned by Somali/Somali-American women. Video from the event is below left. The executive director of  AfroResearch is Mohmed Dini seen in several of the above photos. 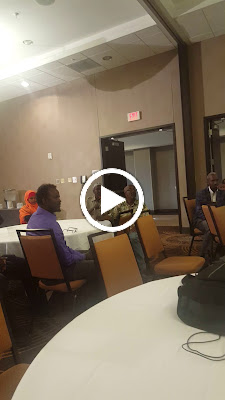 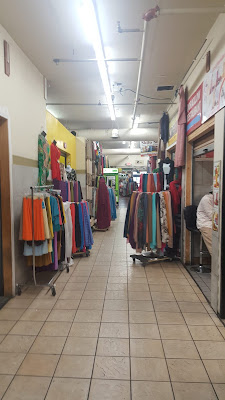